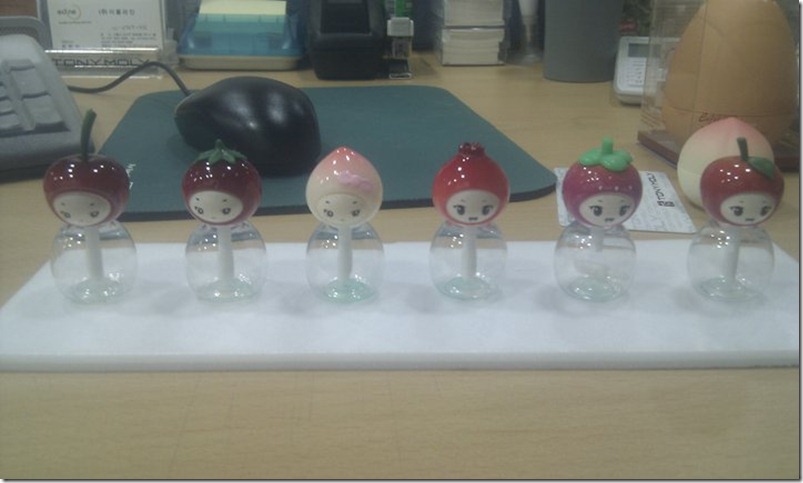 Tony Moly has uploaded a photo of their next release – the 7 Fruit Princesses Lip Gloss Series!  ( only 6 shown in the photo though! )

As you can see they are 6 different fruits : cherry, tomato, peach, apple, mangosteen?, and another unidentified fruit, and the facial expressions are different too!

Aren’t they just so adorable ??

It will be released in Korea either in late May or early June and will be produced in limited initial quantity.

So, keep an eye on it before it sells out, just like 2NE1’s Dara Etude House Bunny umbrella which sold out within a week! ( 40,000 limited edition Bunny umbrellas )

Click here to join the Tony Moly facebook page to receive more updates, promotions & sneak previews. There are even contests to be won! What are you waiting for? Click here!

The end product has been revealed by Tony Moly. It’s limited edition so make sure to grab hold of it if you see it in Tony Moly shops in your country!

We did another Gmarket Haul to prepare for summer. Each of us ordered a sun care product, so you’ll have 6 reviews from us when we’re done testing them!

We also bought a trial set of the Re:NK line

Can’t wait to try this. It seems to be very similar to OHUI’s White Extreme as well as SK-II Celluminous line! 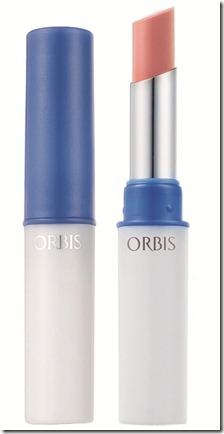 Orbis has released a sunscreen lipstick to protect your sensitive thin lips from UV Radiation!

The lipstick is a SPF 20 / PA ++ contains Rosemary extracts which contains a high antioxidant content to heal damaged skin and moisturizes and calms it.  In addition, moisturizing ingredients such as honey and hyaluronic acid helps moisturizes the skin .

So if you’re looking for a lipstick with added sunscreen and moisturizing properties – try it !! 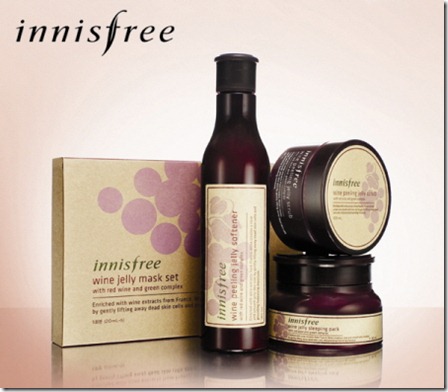 Amore Pacific’s organic line ‘Innisfree’ will be releasing a new wine line called the ‘Wine Jelly’ which is a gentle exfoliating/peeling line.

It features our very own French wine – Chateau Margaux – one of the four wines to achieve Premier Cru status. Wine contains high concentration of polyphenols/resveratrol which gives vitality to the skin, due to it’s high antioxidant properties.

The line consists of 4 products :