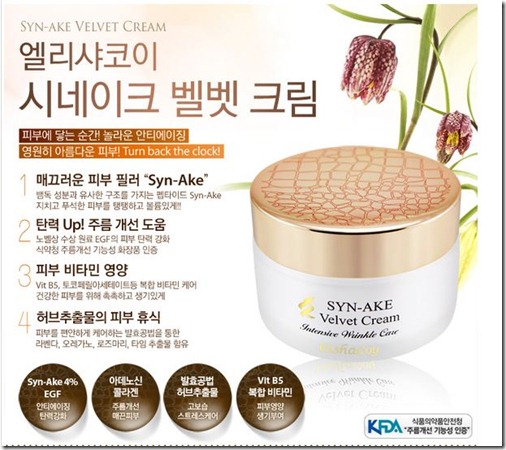 ElishaCoy has been following Tony Moly’s back and releasing the same products.

It contains the patented SNY-AKE ingredient, EGF, Vitamin B5, amongst other goodies.

And the next product off the Snail line is the Essence.

The Snail Essence is made of 80% Snail mucin and is nano-technologied, therefore ensuring maximum absorption.