This year saw the introduction of unique cosmetics ingredients such as bee venom, escargot/snail mucus, and snake venom being huge hit in the Korean market.

What are so special about these ingredients? Read all about it !

DongSung’s A.C Care Bee Venom skin care products were a huge hit in Korea.  It has even appeared on television and was doubt as a miracle product for those who are suffering from acne.

A TV Report still from Becleo.com :

Bee venom contains hyaluronidase, which attacks scar tissue and dissolves it. In bee venom therapy, or sclerolysis, a therapist mixes venom with a saline solution or sterile water. The therapist targets sensitive or painful areas of the scar and makes several injections across the surface of the scar. Even people allergic to bees still benefit from the therapy, but the therapist takes precautions to prevent an allergic reaction. Some therapists place live bees on the body to direct bee stings to the scar area.

Bee venom is administered by properly trained therapists in the form of a direct bee sting or a variant of it, or else by injection of a Venom extract.. In several studies, including research conducted by Andrew Kochan MD, bee venom therapy was successful in treating diseases which conventional pharmaceuticals can only partly help. Bee venom has potent analgesic and immuno-modulatory properties that help reduce inflammation and promote healing. It also contains several anti-inflammatory compounds including melittin and adolapin.

Medical researchers in Russia reported that bee venom helped restore the normal function of the endocrine system in human patients. Other studies reveal that melittin stimulates the endocrine system to produce cortisol, the body’s own cortisone-like, anti-inflammatory substance. Melittin is a peptide that appears to be more powerful than hydrocortisone in decreasing inflammation. It is free of the serious side effects linked with hydrocortisone. A November 2004 article published in the journal Arthritis and Rheumatism explores the mechanism of this anti-inflammatory property of Melittin. The growing list of therapeutic benefits and overall safety profile of bee venom therapy have made it one of the most remarkable complementary treatments currently available for relieving intractable pain.

There is a medical journal on anti bacterial and anti inflammatory effects of Honeybee venom against acne-inducing bacteria which can be read : here.

Secret Key has also recently released their own range of Bee Venom products which can be found : here on Gmarket.

If you are interested in trying A.C Care’s Bee Venom Acne Care range, it can be found : here, or by typing ‘봉독 화장품’ on Gmarket. A.C Care products can also be bought at Becleo.com and you can get 10% off with the code ‘HOPE’.

Another major hit this year was Escargot/Snail’s mucus and it’s success made such an impact that companies like Tony Moly, It’s Skin, Enprani introduced their own Escargot line.

Snail slime is a south american cosmetic export. It all started in Chile, where workers on snail farms discovered that after handling the snails on a regular basis to be sold as escargot for French restaurants, their hands would soften, skin would tighten and cut, inflamed or irritable skin would heal at a rapid pace.

Snail slime cream have been reported to be wonderful not only for treating skin problems such as acne, dilated pores and blemishes but also prevents aging of the skin and contains healing properties. . In a (nut) shell, the secretions collected from snails contain glycosaminoglycans (GAGs) that tightly bind copper peptides. Copper peptides promote the degradation of abnormally large cross-linked collagen (the one found in scars and, to a lesser degree, in wrinkles). Most of the research on copper peptides relates to would healing and there is a paucity of evidence that the same magical effects can repair wrinkles. However, there is evidence that they stimulate the production of “regular” collagen found in normal skin. In one small study, copper peptides stimulated collagen production in the intact skin and produced a stronger stimulation of collagen sysnthesis than tretinoin (Retin A, Renova) or ascorbate (vitamin C).

For more information read this, this. Personally, we love snail-based creams and though there have been reports that all this is just a bogus, we have definitely seen improvement on the skin while using it.

1) It’s Skin – arguably the most famous snail cream in Korea and also the most expensive as it contains EGF (Epidermal Human Growth). Can be found here on Gmarket.

2) Secret Key’s Snail Range – contains the same content as It’s Skin ( with EGF too ) but sold at a much affordable price! Click here to check it out.

The original Snail Slime cream : Elicina which can be found on Ebay 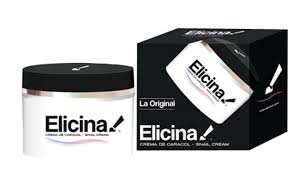 Korean skincare brand Yojolady’s SYN-AKE with 4% Snake Venom which was released quite recently and has garnered many interests lately.

According to Pentapharm, the manufacturer of SYN-AKE, the compound is a synthetic tripeptide which mimics the action of a “neuromuscular blocking compound of the venom of the Temple Viper.” The Swiss company that developed Syn-ake (Pentapharm) won its country’s 2006 technology award.

While the actual venom paralyzes, this peptide copies only the component which relaxes the muscles (Waglerin 1). Pentapharm postulates that it acts similarly to Argireline by interfering with the transmission of nerve signals to the muscles directing them to contract. However, the company’s research indicates that SYN-AKE is significantly more powerful than Argireline.

For more information, read this and Pentapharm’s SYN-AKE brochure : here

So have you tried any of these?